Who is it that is addressing you? Since it is not an athor, a narrator, or a deus ex machina, it is an I that is both part of the spectacle and part of the audience, an I that, a bit like you, undergoes its own incessant violent reinscription within the arithmetical machinery. An I that functioning as a pure passageway for operations of substitution is not some singular and irreplaceable existence, some subject or life. But only rather moves between life and death, between reality and fiction. An I that is a mere function or phantom.’  JACQES DERRIDA DISSEMINATION

‘[w]hat happened next I had to puzzle over for weeks afterward. And even dead,as I am and have been for I don’t know how long, I try to reconstruct the moresthat reigned over that campus and to recapitulate the troubled efforts to eludethose mores that fostered the series of mishaps ending in my death at the age of nineteen. Even now (if “now” can be said to mean anything any longer), beyondcorporeal existence, alive as I am here (if “here” or “I” means anything), as mem-ory alone (if “memory,” strictly speaking, is the all-embracing medium in whichI am being sustained as “myself”), I continue to puzzle over Olivia’s reactions.Is that what eternity is for, to muck over a lifetime’s minutiae? Who could haveimagined that one would have forever to remember each moment of life down toits tiniest component?’ PHILIP ROTH, INDIGNATION

‘It would appear, then, that Marcus is nothing more than a disembodied voicein the void, a narrating presence that brings to mind Samuel Beckett’s The Unnamable (1953) or even How It Is (1961), a sharp postmodern swerve that temporarily detours Marcus’s realistic tale and violently disrupts readers’ expectations. (One might even imagine the “dead” Marcus, torn between the endless tedium of his story and his desire to narrate a cohesive self, echoing theIrish novelist, “you must go on, I can’t go on, I’ll go on” [Unnamable 414].) However, Roth later contextualizes this narrative aberration in the penultimate section of the novella. Appearing 224 pages into the 233 page book, in a chapter titled “Out from Under,” an anonymous heterodiegetic narrator enters to inform us that the story we have been reading up until this point is not a note from limbo. Instead, the text in front of us represents the thoughts of a young man in a morphine-induced stupor—astute readers examining Roth’s brief table of contents will have guessed as much from the title of the first chapter,“Under Morphine”—unaware of the fact that the bayonet wounds he suffered on the battlefields of Korea have gravely incapacitated him, severing all but one leg from his torso and mutilating his intestines and genitals.’ DEREK ROYAL, WHAT TO MAKE OF ROTH’S INDIGNATION

Wyeth was a visual artist, primarily classified as a realist painter, like Winslow Homer or Eakins. In a Life Magazine article in 1965, Wyeth said that although he was thought of as a realist, he thought of himself as an abstractionist: “My people, my objects breathe in a different way: there’s another core—an excitement that’s definitely abstract. My God, when you really begin to peer into something, a simple object, and realize the profound meaning of that thing—if you have an emotion about it, there’s no end.”

It was at the Olson farm in Cushing, Mainethat he painted Christina’s World (1948). Perhaps his most famous image, it depicts his neighbor, Christina Olson, sprawled on a dry field facing her house in the distance. Wyeth was inspired by Christina, who, crippled from an undiagnosed chronic condition and unable to walk, spent most of her time at home.

The Olson house has been preserved, renovated to match its appearance in Christina’s World. It is open to the public as a part of the Farnsworth Art Museum.

Wyeth created nearly 300 drawings, watercolor and tempera paintings at Olson’s from 1937 to the late 1960s. Because of Wyeth’s popularity, the property was designated a National Historic Landmark in June 2011.

A short distance from the house near the water is the Hathorn family cemetery which includes the burial place of Christina Olson, her brother Alvaro, the Olson family and Andrew Wyeth. In a 2007 interview, Wyeth’s granddaughter, Victoria, revealed he wanted to be buried near Christina and the spot where he painted Christina’s World.

Theoretical criticism of the most novel aspects of
modern society and criticism in acts of that same
society coexist at present: still separated but both
confronting the same reality, both ‘talking’ of the
same thing. These two critiques are mutually explanatory,
each being incomprehensible without
the other. Our theory of survival and of the spectacle
is illuminated and verified by these actions,
as unintelligible as they may be to America’s false
consciousness.

Commercial use of Röyksopp’s “Eple”, Films where Scott McKenzie’s San Francisco (Be Sure to Wear Flowers in Your Hair) appears, Roy Orbison’s “California Blue”.

The song’s title comes from the Norwegian word for apple. The song was licensed by Apple and used as the introduction music for the Mac OS X v10.3 Setup Assistant. It was also used on Sky One’s gaming show Gamezville as background music during the opening of the show. The track is also used as background music on the UK television programme The Kevin Bishop Show, in which a man called Gary in one of its sketches pretends to be a radio announcer, only to the annoyance of his girlfriend. A small snippet of the song also is used for the station ID for American public television station KLRU, as well as for their identical production logo featured at the end of their productions such as Austin City Limits. The single was used to accompany a television TestCard in the UK during 2001. The song is the background music heard in a video made by Volvo called “Vision 2020” in which it showed off future semi truck concepts. Phillips reported writing the song in about 20 minutes.[7] The song is credited with bringing thousands of young people to San Francisco, California, during the late 1960s.

In Central Europe, young people adopted “San Francisco” as an anthem for freedom, and it was widely played during Czechoslovakia’s 1968 Prague Spring uprising.

The song has been featured in several films, including Frantic, The Rock, and Forrest Gump. Episode 2 in season 1 of “Getting On (U.S. TV series)” featured the song, as it was sung by one of the patients and was used over the episode’s closing credits. It was also played occasionally by Led Zeppelin as part of the improvised section in the middle of “Dazed and Confused”. U2’s Bono also led the audience in singing this song during their PopMart performances in the San Francisco Bay Area on June 18 and 19, 1997. 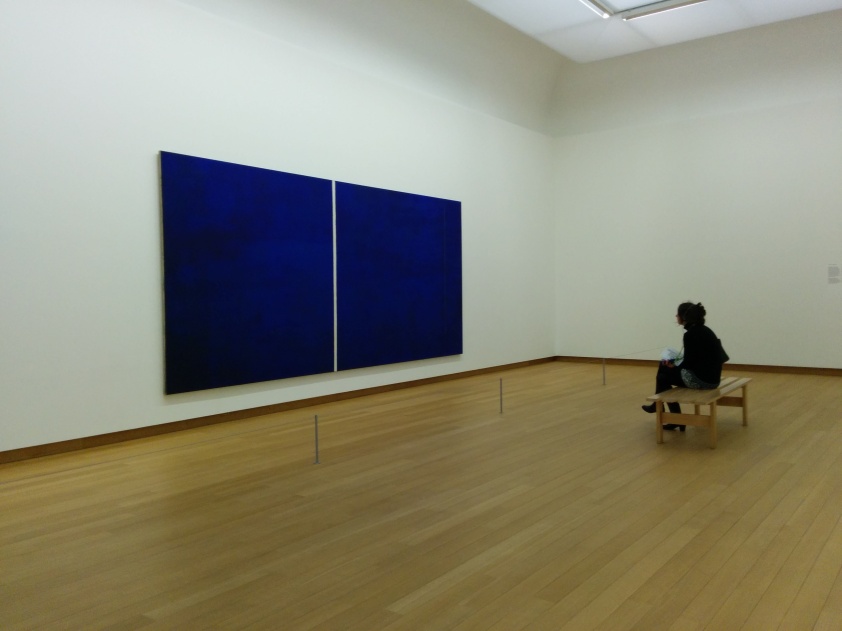 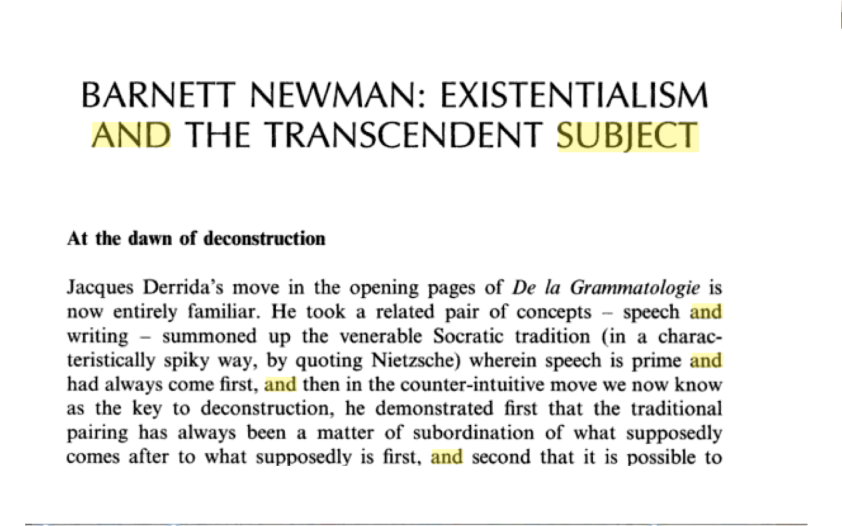 “His style of writing, especially in relation to the concept of différance disrupts binary thinking and philosophy‟s quest for unitary truth. For feminism, différance offers a way of thinking sexual différance that does not deny differences, but at the same time doest not create false hierarchies. Like Derrida, Irigaray claims that the term woman is trapped inside metaphysics of presence where definition is only possible with reference to man. The question that dominates Irigaray‟s idea is how to imagine the feminism outside of a masculine symbolic order beyond binaries. Her work on new ways of explaining the symbolic order and making a space for feminine subjectivity is very important. She rejects Lacan‟s model of the symbolic order which positions femininity as lack, rather she inclines towards a model that recognizes feminine alterity.”
WINKING AT DERRIDA:
THE HAPPY UNION OF DECONSTRUCTION AND FEMINISM
Rasool Khezerloo
Urmia University

“Her video “Blood Sugar” presents a hallucinatory flash of runway models, textiles, and photographic images that pile up and vibrate anxiously against one another. The resulting flow of imagery is a disorienting reflection of how dependent we have become on the rapid, often unintentional consumption of images. The convulsing plaids and flannels that assault the screen seem to suggest a sort of frantic cultural heartbeat.”
The Coy Politics of Cheryl Donegan’s Recycled Imagery
by Howard Hurst

“No wonder, then, that the Nobel committee should have compared this writer of corrupted autobiographies to Proust, but the reader who expects Proust’s polymorphous sentences will be disappointed. Modiano’s prose is a bleached surface, and Polizzotti has produced a satisfyingly neutral equivalent: «That Sunday evening in November I was on Rue de l’Abbé-de-l’Epée. I was skirting the high wall around the Institut des Sourds-Muets …» For Modiano is really the anti-Proust – in his writing, time is lost for ever. True, these novels are dense with Parisian place names, and the minor characters often turn out to encode a network of occupation history: the modern neon city is identical to its ghostly sepia twin. But the past in Modiano’s novels is also irrevocable: «It’s like in the morning when you try to recall your dream from the night before, but all that’s left are scraps that dissolve before you can put them together.»”
Adam Thirlwell, “Suspended Sentences by Patrick Modiano – three novellas from the Nobel laureate”

“It is necessary to destroy memory in art. To undermine the conventions of its communication. To demoralize its fans. What a task! As in a blurry drunken vision, the memory and language of the film fade out simultaneously. At the extreme, miserable subjectivity is reversed into a certain sort of objectivity: a documentation of the conditions of noncommunication.”
Guy Debord, Critique of Separation (film soundtrack) translated by Ken Knabb

“With a single stride he was out of the café, not turning around, and I felt an emptiness all of a sudden. This man had meant a lot to me. Without him, without his help, I wonder what would have become of me, ten years back, when I was struck by amnesia and was groping about in a fog. He had been moved by my case and, through his many contacts, had even managed to procure me a legal identity record.”
Patrick Modiano, “Missing Person” (“Rue des Boutiques Obscures”)

“Indeed, Derrida’s writings deploy the word «holocaust» in a variety of contexts, at times recalled to its original, Greek sources as if current usage could (or should) be ignored, at other times stunningly decontextualized. («I am still dreaming of a second holocaust that would not come too late,» he wrote; or again: «Of the holocaust there would remain only the most anonymous support without support, that which in any event never will have belonged to us, does not regard us. This would be like a purification of purification by fire. Not a single trace, an absolute camouflaging by means of too much evidence.») In Derrida’s work, «holocaust» is subjected to iterations that could almost be said to aim at or, more precisely, to tend toward banalization — unless it is the precise opposite.”
Gil Anidjar, Everything Burns: Derrida’s Holocaust (http://lareviewofbooks.org)